Does Suboxone Work for Everyone? There are plenty of great things to be said about using suboxone to help overcome opioid addiction. It can make detox and withdrawal easier, satisfy cravings, and overall reduce the risk and danger of relapsing–but does suboxone work for everyone? After all, no drug is ever a one size fits all situation. Read on to weigh the pros and cons of suboxone and how to determine if using this medicinally assisted treatment (MAT) drug is the right choice for your addiction recovery treatment journey.

What Does Suboxone Do?

Suboxone is a partial opioid made up of a combination of buprenorphine and naloxone. It’s an FDA-approved medication used in conjunction with therapy and counseling that’s been proven to lower the risks and rates of relapse while increasing the rates of recovery success. How is it able to accomplish so much?

Suboxone is able to occupy opioid receptors the way codeine, oxycodone, or fentanyl would, scratching the neurochemical itch of a person with opioid use disorder. The caveat: suboxone only produces a weak opioid effect that does not cause a high. This helps to prevent habit-forming behavior from following.

How long does it take for suboxone to work?

In either of its forms (pill or film strip), Suboxone is a relatively fast-acting drug. It typically reaches peak effect between 30 minutes and 3.5 hours of consumption. Suboxone is a long-lasting medication whose effects can last up to 24 hours (though full elimination can take between 5-8 days).

Does suboxone help with pain?

Opioid analgesics are a popular choice of painkillers and with suboxone being a partial opioid, it interacts with the brain and body in the same fashion and therefore does have some analgesic properties. However, as previously mentioned, suboxone is a rather weak opioid, which means it won’t have much effect–for pain relief or otherwise.

However, buprenorphine is an ingredient used in other pain relief medications which is why so many make the association. Though suboxone has sometimes been used for off-label use to provide pain relief for people with opioid addiction, in general, suboxone is not an effective painkiller and should not be used as such.

When to Use Suboxone

Another limitation as to whether suboxone will work for you will depend 1) on the purpose you’re using it for (opioid addiction treatment rather than pain relief) and under the right conditions. Suboxone is only effective when it’s taken at the appropriate time, and by a person who has established physical dependence, not just psychological dependence. Suboxone also cannot be used to prevent or circumvent an opioid overdose. It only offers any use to those who are actively dealing with opioid use disorder.

Timing is crucial when taking suboxone. Doing so too soon can render it ineffective at best but harmful at worst. The optimal timing is when a person is in mild or moderate stages of withdrawal, and certainly not so early that it’s before–or immediately after–a person has begun experiencing withdrawal effects. Taking suboxone too early can cause precipitate withdrawal, causing withdrawal effects that could be nastier and more severe than they might have been otherwise. This is because the naloxone component of this pharmaceutical drug is an opioid antagonist and will remove any opioids that may already be in a person’s system.

Suboxone doctors use something called the Clinical Opiate Withdrawal Scale (COWS) to determine when a patient is at a point in their withdrawal for suboxone to be of use. Depending on the number of visible factors the doctors observe, they can determine whether the individual is in a mild, moderate, or severe state of withdrawal. Since opioid half-lives can vary drastically depending on the substance, there is no uniform timeframe of how long it will take for a person to be in the mild stage of opioid withdrawal.

Of course, it’s essential that any prospective suboxone users consider the symptoms and side effects. These include:

Suboxone can have dangerous drug interactions resulting in life-threatening respiratory depression. Users of the following types of drugs may not want to use suboxone:

Even a pharmaceutical as widely regarded as suboxone can carry risks for some individuals. Speak with a suboxone doctor either at a formal addiction treatment center or an outpatient suboxone clinic to learn about your eligibility. Doctors can help to ensure your dosage is both effective and safe. 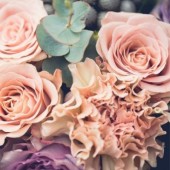 Suboxone vs. Methadone: Which is Better? How to Get Suboxone for Overcoming Opioid Addiction